We do Magic.  We are Magicians.  We chant, we sing, we drum, we cast circles and recite prayers, light candles, burn incense, mix oils, and wave wands.  And we do much more.  We create rituals and spells — rituals to get us through a tight financial spot, spells to sweeten up a boss, to protect our homes, to travel in our dreams. 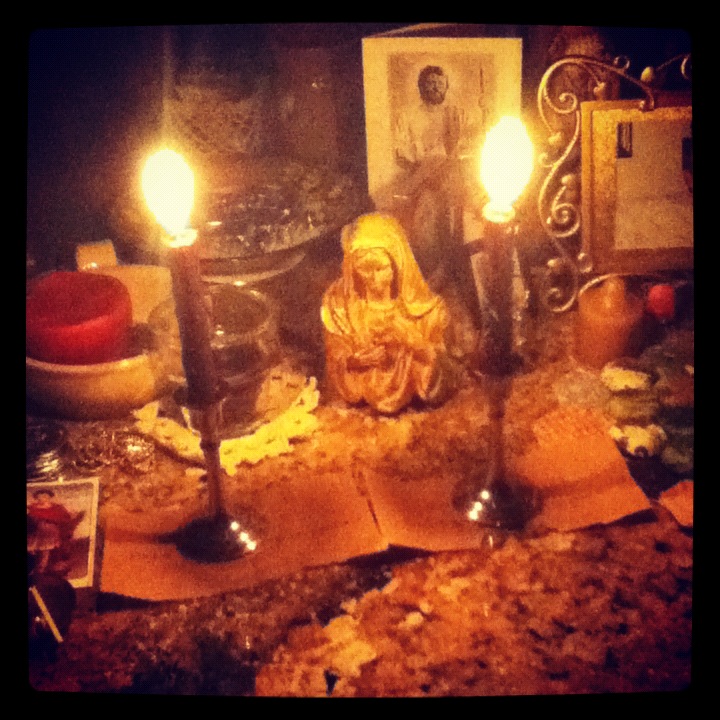 We do so much.

We are creators, and crafters, priests and priestesses of our faiths (if we have faiths).

But is there a higher purpose?

Some magic users think there is.  Some of us work towards something that defies words.  A union with an ineffable source, a return to LVX, an elevation of our human natures.  It’s got a lot of names.  Some call it “Doing the Great Work.”  Some call it “Redintegration.”
(Redintegration is not a misspelling, by the way.)  Some don’t have words for it it at all.

Now, brace yourselves.  Because this isn’t going to turn into your garden variety “high magic vs low magic” blog post.  There are plenty of those out there already.

What this post is, what this post has to be, is a shout out to my tribe.  I haven’t met all the members of my tribe, and I never will.  My tribe consists of magic users and mystics (though they may not self-identify that way) who all work towards that one thing — that striving for union with the divine.  That worship and adoration of the source of all.  Those who are seeking LVX.

And this is what I am shouting out right now:

It is time.  It is time to work, magically and practically, against the forces out there that are trying to divide, destroy unity, and break bonds.  Against the forces out there (magical and physical and spiritual) that encourage people to think they are better than others, that promote the subjugation of others, and that teach the lie that physical appearance on this plane matters in some way.  You know what I’m talking about.

The forces that say one color of skin is better than another.

The forces that say one gender is better than another.

The forces that say one religion (or no religion at all) is better than another.

The forces that oppose Liberty, Freedom, and Love.

For those of us working towards LVX, we need to get real.  Nasty things are going on.  Nasty symbols are being displayed and venerated.  It’s time to educate yourself about what is going on.  It’s time to work against the forces of Darkness.  If you aren’t doing that, then what are you doing?